When University of Utah rising senior Billie secured his internship with the Utah Attorney General’s office, it was not just luck. For two years, the international student from Thailand wrote cover letters and sent his resume to organizations across Salt Lake City before landing what turned out to be the perfect role.

“I was always searching for an internship. I applied to this one last year — actually, I applied twice. I also applied to a lot of other internships, but didn’t get any. I was pretty upset about it,” said Billie. “But then I got this amazing offer about halfway into the semester. I was so excited.”

The Attorney General’s office told Billie that they were not actively looking for interns because several had already started at the beginning of the semester (on the typical internship schedule), and the office had all the interns they needed. But Billie, an international studies major, quickly made an impression with his ambitious work ethic and outgoing personality — and the Attorney General’s office ended up offering him a position. 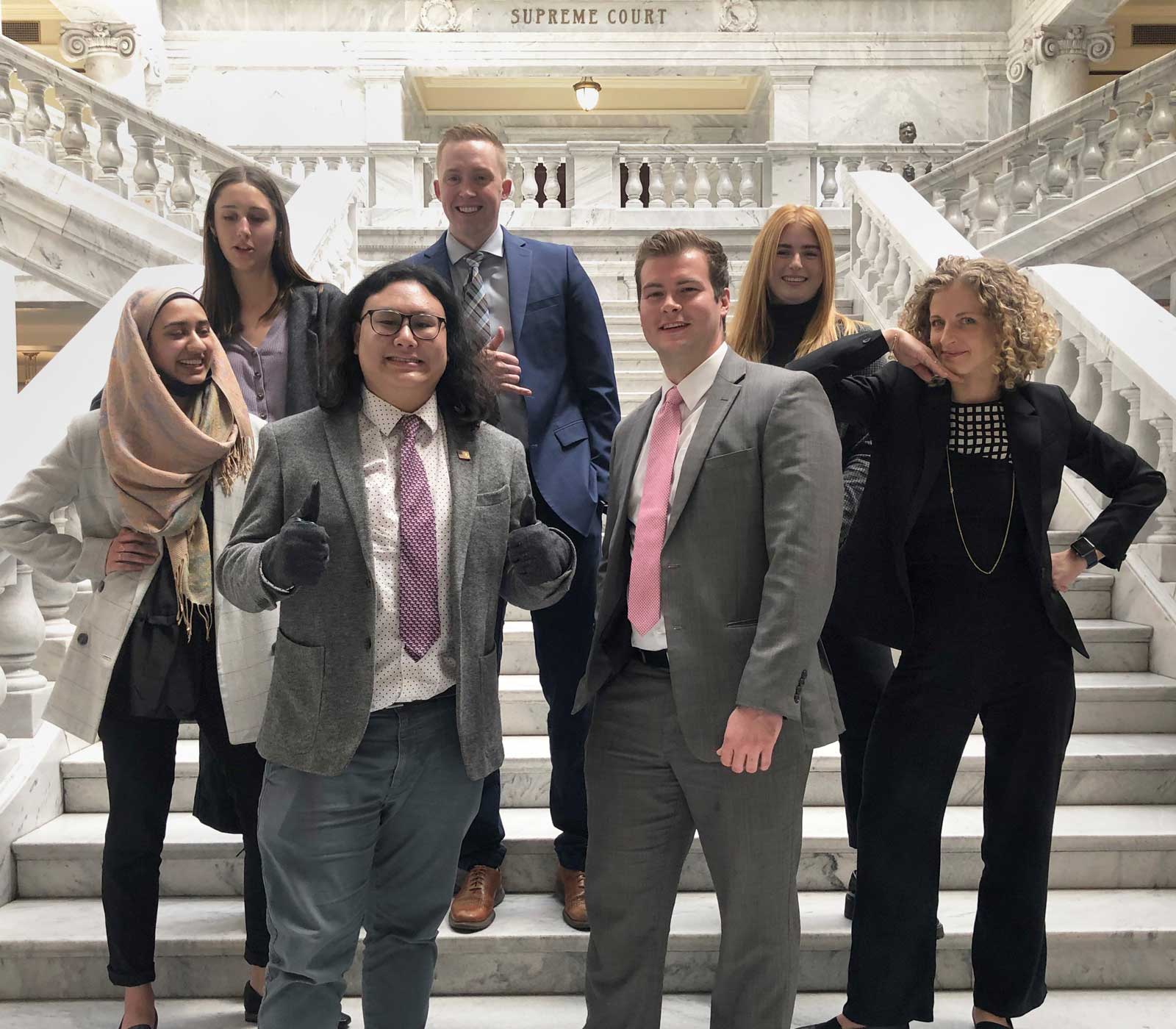 “I hoped they might still be looking for someone, so I decided to apply even though it was past the deadline and the semester had already started. I sent them my resume and everything,” Billie said. “When I got the position, it was very weird jumping in, in the middle of [the semester among] all the other interns, but I quickly adjusted.”

Some of the roles Billie held at the AG’s office included prepping the office for meetings and taking notes during state legislative sessions. He even met and spoke with international dignitaries passing through Utah, including Andrés Durán, Ambassador of Uruguay to the United States.

“I got to sit in on his panel, so I followed along with the discussion,” said Billie. “It was actually my first time doing something like that ... I was a little nervous, but it was fun!”

Billie grew up in Bangkok and lived there until he was 12 years old, then moved to Auckland, New Zealand. In Auckland, Billie attended boarding school and learned to speak English. Before the end of his teenage years, he moved again, this time to Sweden with his parents. Billie then moved back to Thailand for two years before enrolling at Utah. It’s no wonder he is interested in international studies!

Before pursuing his international studies degree, Billie enrolled in the Utah Global program, which he credits with helping him find his way, both academically and on campus. Utah Global’s exclusive opportunities and guidance for international students include specialized English language classes, plus academic, career, and cultural support. With Utah Global, Billie and many other international students have made smoother transitions to university life in the United States, formed lasting friendships, and found a welcoming community.

“Utah Global was so fun. I was the only Thai student in the group and the only international studies major. I would go meet and speak with the prospective students from China, Indonesia, and Korea,” said Billie. “I haven’t been able to go back to the Utah Global offices much since COVID — I miss it. The office was the hub where the international students [would] sit down and talk about stuff.”

Billie has flourished at the University of Utah. After graduation, he would like to continue working in the government sector, and is looking for opportunities in Washington, DC. In the meantime, he has great advice for future University of Utah international students:

“Even if you don’t get an internship right away, don’t give up, and don’t be afraid to reach out to the office after you apply — don’t just submit an application and do nothing,” Billie said. “Also, don’t be quiet once you get the role … speak up and go for it!”

Discover the University of Utah >

Written By
Matt Killorin
Matthew Killorin is the founder of Cottage Industry Content LLC, servicing the education, technology, and finance sectors, among others. Previously, Matt worked in educational publishing as a product manager and wrote and edited for newspapers, magazines, and digital publications.