Di, an international student from China studying sports entertainment management at the University of South Carolina (UofSC), had the opportunity of a lifetime as an employee at the Beijing 2022 Winter Olympics. His time as the Deputy Protocol Manager of National Indoor Stadium at the 2022 Beijing Olympic and Paralympic Winter Games offered valuable insights about his major — and potential career paths in the future.

Read on to learn more about his experiences as a Chinese international student studying in the US and his role at the Olympics.

Di emphasized his love of sports as the primary reason for choosing to study sports entertainment management at UofSC. While he had already liked watching soccer back in China, living in the United States brought Di’s love of sports to a whole new level.

“After I came to the US, I started to realize I loved all sports, such as American football, women’s basketball, and ice hockey,” he says. “Sports are my passion, [and they] make me feel alive. [They’re] so exciting.”

Combining his personal passion with his academic studies, Di dove into his sports entertainment management classes at UofSC. Finance of Sports and Sports Law were two subjects that particularly interested him.

“If you love sports, definitely choose sports management,” he says. “We have plenty of jobs and internships here in the United States.” 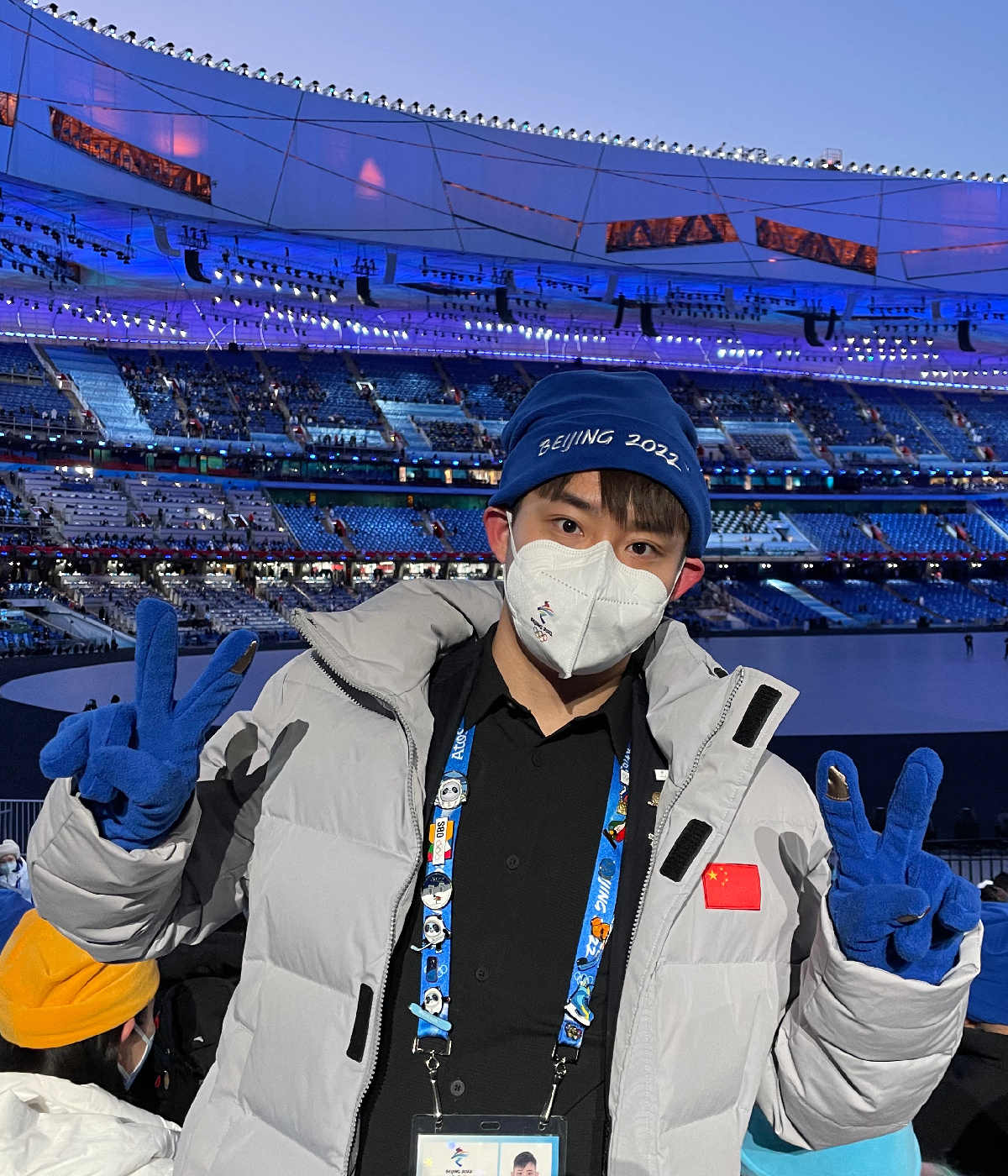 Finding and Gaining Work Experience with the University of South Carolina

During his first semester at UofSC, Di’s sports finance professor asked his entire class to apply for an internship at the National Collegiate Athletic Association (NCAA). Initially, Di had decided against going out for the internship.

“I didn’t apply, ’cause I loved watching sports on the weekends,” he says. His professor persisted, Di reconsidered — and he got hired as a data analyst intern!

Di’s internship as a data analyst for the NCAA lasted about four months. This early work experience was just the first of many opportunities fostered at UofSC.

“We have lots of volunteer [opportunities here at] UofSC,” he says. “I did a lot of volunteer work in different sports almost every year. You have a lot of chances to work with sports.”

Working at the Beijing 2022 Winter Olympics

At the Beijing Olympics, Di’s role had him working in areas that were vital to overall event functions. 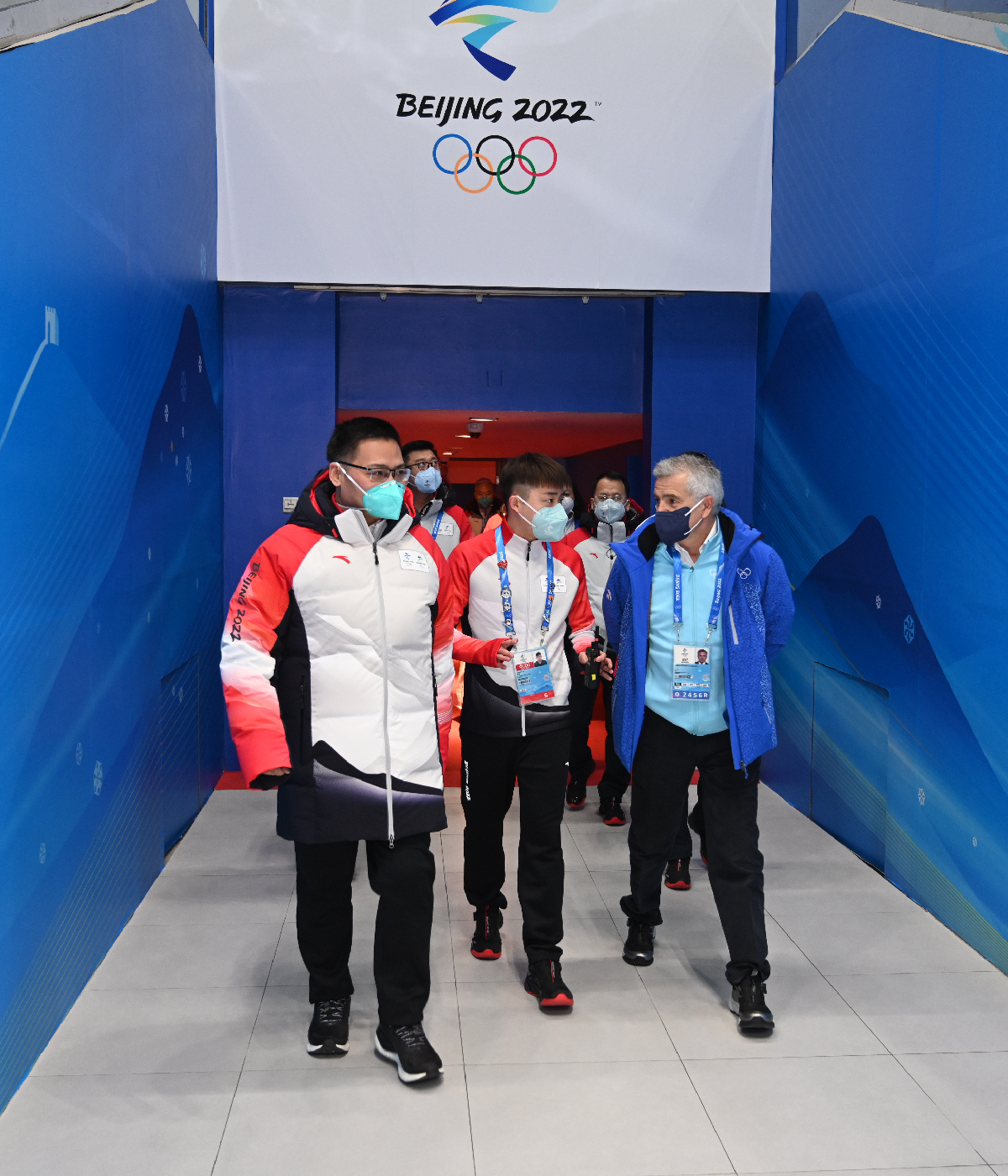 Di’s role enabled him to get substantial hands-on learning, building his planning and organizational skills. At the Olympics, he said, “we need to prepare the flags, making sure each flag is correct — not too long, not too short — and make sure the colors are correct. [We need to] make sure the national anthem timing is correct when they [present] a champion.”

Learning the Language as an International Student

When Di first arrived in South Carolina, he was still learning the English language.

“When I first went to the United States, my language level was not good enough to communicate with everyone,” he says, “so it was hard to meet new people and to know what to do to pass my language courses.”

He was able to overcome these challenges with the help of his student services provider, Angi, who supported him in learning English, as they both spoke Mandarin.

For students still struggling to make a decision regarding their future, Di says, “If you love sports, choose sports entertainment management. Find something you like and study [that]. If you don’t love sports, you won’t have the energy or the passion needed to study this. But if you do love sports, you’re definitely going to be happy.”

With support from his advisors, Di was able to adjust to his new environment in the US and start on a pathway that’s preparing him for his dream job.

Just like Di, when you enroll at a Shorelight university, you will also find the guidance you need to work toward the field that you love.

Discover the University of South Carolina >

Bhanujith Wijesinghe is a content writer at Surge Global, a digital consultancy agency helping businesses grow through marketing, data, and technology. Based in Colombo, Sri Lanka, he focuses on copywriting and market research.